The New European Bauhaus is a new way of democratic creativity

It is a phenomenon that can be observed in many countries on all continents: the citizen´s frustration of their government´s actions. A form of political fatigue. Many people have the impression that their elected politicians have lost contact with to the ground of everyday politics. The consequences are decreasing voter turnout and increasing vote share for radical parties.

The European Union knows about this problems very well. Being a union with limited operative power and with independent states a members, the institution often gets mistreated as a scapegoat for the mistakes of the member states governments. The Alienation of politicians and citizens has reached a very high level in the EU. But how to deal with that problem?


A new kind of initiative

The EU, under the aegis of President of the Commission Ursula von der Leyen, came up with an interesting initiative as part of its legislative program. The European Bauhaus is a program aiming to find solutions for future living environments in the EU. Interesting about the November 2020 initiative are both, its topic and its structure. Public spaces where different people with different backgrounds coexist are always an issue that requires future-oriented solutions. Facing an ongoing urbanization with all its consequences like an increasing gentrification, the issue has become more and more complex. 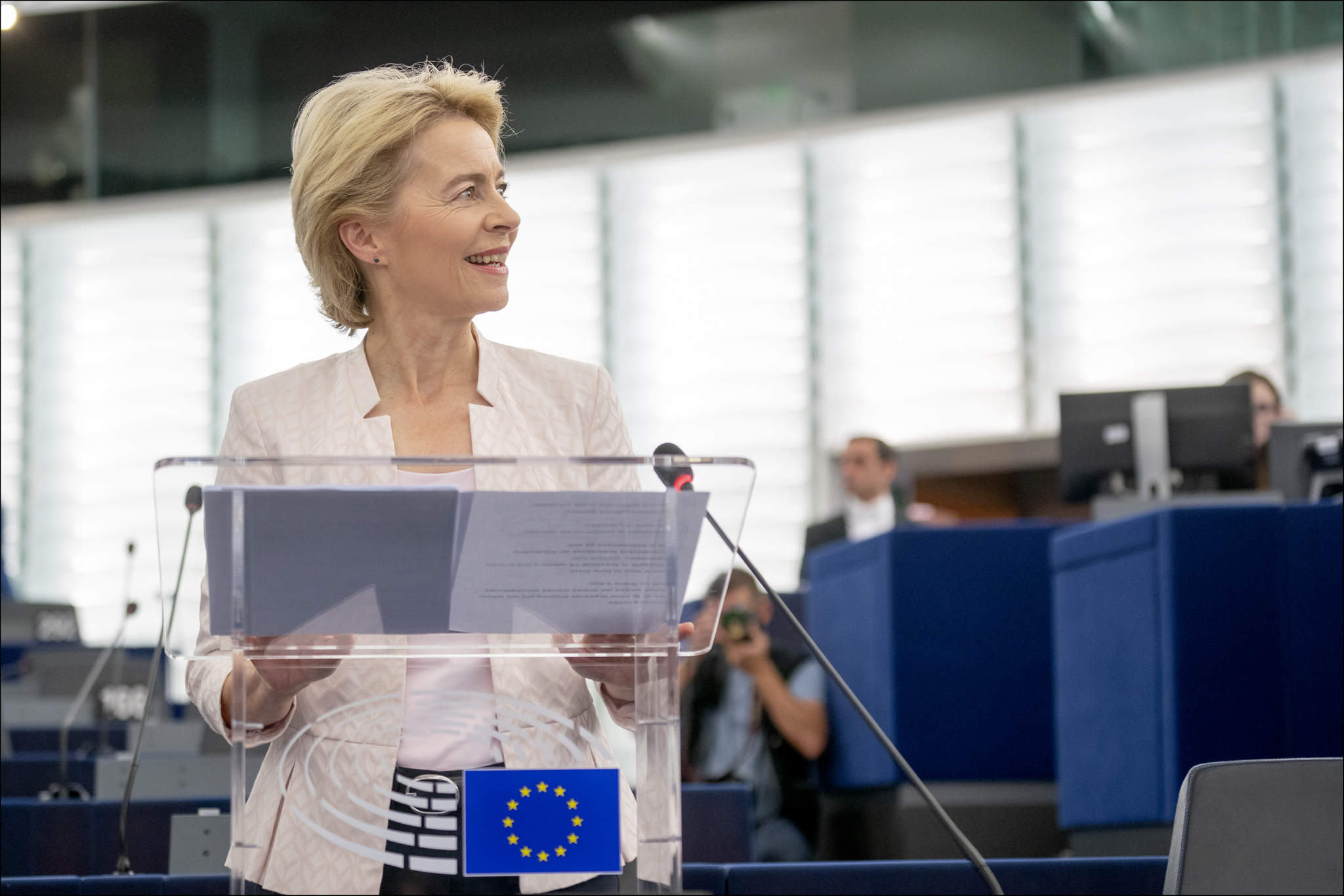 
With its initiative, the EU wants to push urban projects that fulfill three core criteria: inclusivity, sustainability and an enriching character. The program is open to architects and urban planners. The goal gets quite clear: creating livable spaces for future societies.

This goal is without any doubt worth striving for. But the structure of the program is what is really remarkable. The initiative doe not only search for projects to fund. It also searches for the process itself. The structure of the European Bauhaus is held very open by intention. The initiative just has a rough division in three phases: 1. Co-Design, 2. Delivery, 3. Dissemination.
In the first phase “Co-Design”, at first, the problem gets defined. The initiative starts with asking questions. About the status quo, the issues to face, about the criteria for the evaluation of ideas.
The second phase “Delivery” calls for projects. The projects will be analyzed to discover potentials in order to reach the earlier defined goals. Methods and prototypes will be identified that should be replicable for cities and people in different places. There shall be a discourse with stakeholders, including citizens, businesses and institutions.

In phase three “Dissemination”, ideas and projects are going to be amplified. The initiative is supposed to act like a network of participants and practitioners. An open debate is the declared goal of the initiators. The then selected projects will be supported by the EU.

When looking at the process of the European Bauhaus, many similarities to a modern design process can be seen. Firstly, the problem gets figured out and then requirements are defined. After those two steps, the design phase itself starts. Now, specific solutions are to be found. What is remarkable about this procedure is the openness of the process. While governing a state is usually characterized by laws and rules, the initiative of the New European Bauhaus is basically the opposite. Neither its result nor its process are predetermined. But this should not be misinterpreted as unpredictability.

On the contrary, the open process of the New European Bauhaus appears to be an adequate procedure when developing future scenarios. This is one major task of politics: developing future. Different parties offer different visions which leads to a positive plurality of scenarios from which the voter can choose. What the European Commission does with its initiative is even better: The politicians ask their (expert) citizens, in this case architects, urban planners and other creatives, for solutions. This way, politics become directly participative.

The literally creative process of the New European Bauhaus deals with a problem that is familiar to creative professionals: Uncertainty. As it is difficult to answer future questions with today´s solutions, it makes sense to create a process first. This way, associated partners can determine a framework for evaluating factors, thus laying the foundation for developing suitable concepts.


An unleashed, but unguided process

The openness of the New European Bauhaus´ process is positive in many ways, but not in every way. It certainly is correct to start a process that searches for future social solutions with an open question. Just like modern companies start the process of developing a new product with the analysis of the need. But in the EU´s procedure lies the danger of losing the focus. This is due to integrating too many stakeholders into the discussion. Another lesson the European Commission as the initiator of the project should learn from the economical sector is that there need to be guidelines that structure the creative process. Too many cooks spoil the brooth.
The New European Bauhaus´ process seems to be pretty unguided, but that way it will most likely lead to diverse solutions. It will be the task of the initiators to structure the process in an efficient way. We can be curious about the results.


Revival of the Bauhaus?

The name tells it very prominently: The Bauhaus design school (1919 – 1933) is the role model for the EU´s initiative. The Bauhaus is most widely known for flat white buildings and steel chairs. But it was much more than that. In fact, the Bauhaus was the vision of creating a modern society by modern design. At that time, it was a revolutionary approach. Under the impression of the shortly ended First World War and in the newly founded Weimar Republic on German territory, there was the right time to break with the old world. The Bauhaus was an inclusive space, open to both male and female students from all around the world, which was uncommon at that time. This open character is probably the most important similarity between the historic university and the current initiative of the EU. Another one is the goal of building a new society through design. The first sentence of the Bauhaus manifesto, written by its founder and first director, Walter Gropius, says: “The ultimate goal of all art is the building”. This tells the comprehensive approach of the Bauhaus activities right at the beginning. Almost similar to the Bauhaus´ goal is the goal of the EU´s initiative: creating positive living spaces.
But there is a major difference between the famous design school and the New European Bauhaus programme. The Bauhaus was a university, a space to learn at. This required teachers. Many important art and architecture protagonists of their time were teachers at the Bauhaus. Besides Gropius, the visionary head of the school, there were teachers such as Wassily Kandinsky, Paul Klee, Ludwig Mies van der Rohe, Lyonel Feininger or the later on very influential Johannes Itten or Marcel Breuer. Each of them were massively influencing the curriculum of the Bauhaus and therewith the works of the students. The Bauhaus had a strict timetable, thus structuring the creativity of the ambitious students. Without that, the design school would have never become that important for future design history.
On the contrary, the New European Bauhaus is more driven by the participants than by the initiators, which is a chance and a risk for the initiative´s success at the same time.


Using the power of the people

With the New European Bauhaus, the European Commission asks for citizens engagement and their creative potential. This provides many advantages. Besides the to-be-developed solutions, the initiative leads to a closer connection of the government and the citizens by letting them contribute in answering social questions. Hopefully, the New European Bauhaus is just an early example of such a participative political initiative. And hopefully, creatives with their ability of for forming societies will stay in the focus of politicians attention.